Craig grew up in the Boston, Massachusetts area looking at photographs in LIFE and LOOK magazines, listening to the BBC on his shortwave radio before morphing into a full-fledged ham radio operator. 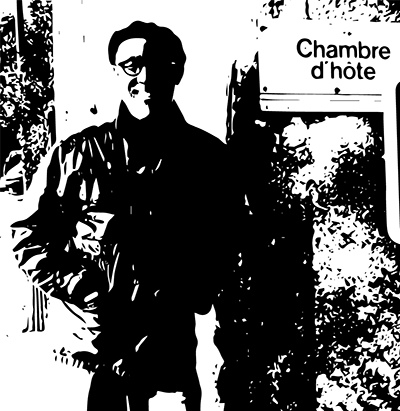 As a going-away gift from his parents, he received a 35mm rangefinder camera before leaving on a two-year military tour of duty in Tokyo. While in Japan, he would wander the streets and back alleys of Tokyo and other cities with a camera photographing everyday life. It was at that long-ago moment his interest in travel and photography collided.

Soon after his military discharge and while attending the University of Massachusetts at Boston, he began a lifelong photography self-study program through books, collecting and studying photographer monographs, visiting exhibitions, attending workshops and courses, and working for the Polaroid Corporation in technical support. In 1981, Craig's weathered Cape Cod beach cottage Polaroid SX70 photograph was in an exhibition at Polaroid's Clarence Kennedy Gallery in Cambridge, Massachusetts.

Craig is interested in the urban environment—people and how they live and work, communities, and physical structures. Along with his writer-life partner, Teri Kline, he is on a new adventure each year. When not holding a camera in hand, he works for the University of California in information technology as a web producer/developer and visual media post-production.